The ability to accurately measure the movement of rotating components is essential in a variety of industrial, medical, and recreational sectors. The devices that are used to make these measurements are called absolute rotary position encoders (RPE's.) A strong limitation to this necessary piece of equipment, however, is cost. A high-end encoder with the highest level of accuracy can cost as much as $20,000. Encoders currently in use also suffer from large, bulky components and often experience measurement errors because of mechanical imperfections.

Professor Dennis Mikkelson from the University of Wisconsin-Stout has researched and developed an RPE which addresses the problems inherent to existing systems. Mikkelson's device, a microprocessor-controlled, high accuracy optical RPE, consists of precisely formed and placed rotating optical disks. The compact, novel design results in highly accurate angle measurements, with the accuracy comparable to that of high-end encoders. As it is easily constructed from readily available industrial grade components, the production cost is roughly $2,000, or a tenth of the price of systems that offer similar levels of accuracy. 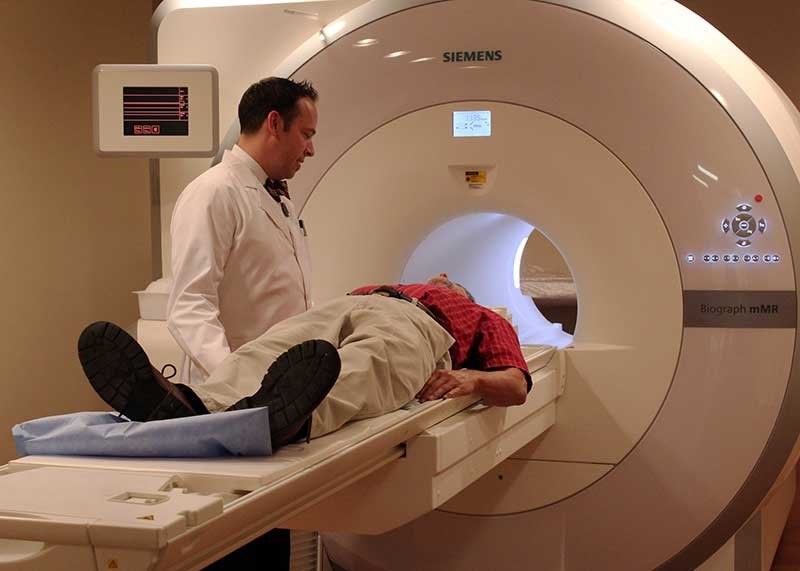 RPE's are vital to a variety of medical applications, such as in an MRI machine.

With high accuracy, low cost, and portability, Mikkelson's encoder has obvious potential for application in any sector with a need for absolute rotary position encoders.

Professor Mikkelson's discovery stemmed from his interest in amateur astronomy. While there are many successful commercial products for accurately pointing a telescope and tracking the motion of stars, he saw a need for an inexpensive and portable device for accurately measuring angles to aid in improving both the initial pointing accuracy for locating dim objects as well as the accuracy of continual tracking for long exposure photographs. Mikkelson's device, compared to common rotary encoders, uses an inexpensive and more accurate approach to solve these types of problems, where the angle of rotation can be measure from frequencies produced by sensors sensing marks on two calibrated disks rotating together on a common axis with a constant angular velocity.

Professor Mikkelson has an academic background in mathematics, computer science, and scientific data analysis. He also has an interest in electronics and has designed and implement various electro-mechanical devices for his classes or his own purposes. His development of this novel RPE gave him an opportunity to use some of the skills he had developed throughout his career, and he decided to take on project 'for the fun of it.'