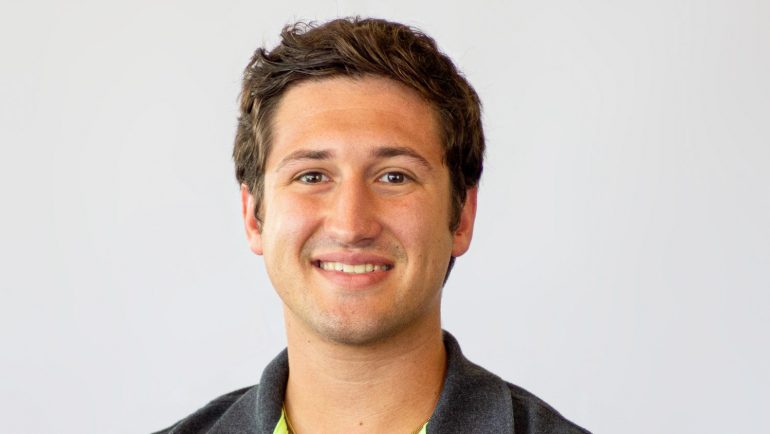 SOMERS—Brandon Behringer, an ambitious inventor and undergraduate at UW-Parkside, has been named a 2021 Carl. E Gulbrandsen WiSys Innovator of the Year.

The award is bestowed upon UW System faculty, staff or students who make exemplary contributions as a WiSys innovator. The award is named for the former managing director of the Wisconsin Alumni Research Foundation who supported WiSys throughout his tenure.

Not many students develop inventions while pursuing their undergraduate degree, but Behringer, who is seeking a chemistry degree, did this several times over.

Since 2018, Behringer has submitted five inventions to WiSys for intellectual property protection and help with commercialization. WiSys has sought patents for two of those inventions.

Behringer said a lot of his inspiration for inventions comes from his own observations and asking “what if.” When he hears that something isn’t feasible, or an idea is too far-fetched, he said, “its 2021, we had the technology to go to the moon in 1969, anything is possible.”

“I see problems in the world, and I look for ways to fix them,” he said. “I think about what I would want in my hands, and what I would have the ingenuity to make.”

One of his patent-worthy inventions, an anodizing pen, was a collaboration with fellow UW-Parkside student and co-inventor Allen Rocha. Anodizing is an electrochemical treatment that thickens the natural oxide layer on a metal surface and makes the metal more durable, corrosion-resistant and adherent to paints and glue.

While the metal anodizing process generally involves submerging the metal object in an electrolyte bath, followed by the application of electrical current to alter the metal’s surface, their pen offers a handheld solution that allows for precision anodizing.

Behringer’s other notable project was the retrofit Peltier cooling device, which offers a compact means of continuously cooling food and other items in a portable cooler. The small device mounts to the lid of a cooler and in testing has shown to chill a room temperature beverage faster than an in-home refrigerator.

WiSys is currently seeking strategic partners that could provide a route to the market for each of those inventions. A patent has been issued in the United States for the cooling device, while a patent is pending on the anodizing pen. For more information on accessing these technologies, contact WiSys at [email protected].

“I’ve always been impressed by Brandon’s ability to identify opportunities for innovation,” Hanson said. “Even if the project goes beyond his expertise, he has the drive to learn and explore as he works on new ideas.”

To go beyond the idea stage on the retrofit Peltier cooling device, Behringer worked with faculty mentor Dr. William Parker, an assistant professor of mathematics and physics at UW-Parkside, to pursue research funding through the UW System-funded and WiSys-administered Ignite Grant Program for prototype development.

The grant program encourages faculty and staff (and in this case a student) to use their expertise on a project that could create economic development in Wisconsin.

“Brandon worked hard to understand the range of operation of the device he created and then to push it as far as it could go while still enjoying its practical use for himself,” Parker said. “I appreciate Brandon’s vivacity and creativity in finding ways to make life better through innovative applications.”

The project gave Behringer the opportunity to do what he loves: “tinker.”

“That was a fun experience,” Behringer said. “I got to build a bill of materials, learned thermodynamics and went through prototyping. It was a pretty cool experience.”

Through sharing his innovative work, Behringer has been an example to his fellow students—showing them what’s possible and what pathways they have to pursue their passions.

In addition to presenting his inventions at WiSys events, he also served as a WiSys Ambassador during the 2019-2020 academic year. This position serves as an important liaison to the campus innovation community.

WiSys Ambassadors receive training in intellectual property and the technology transfer process and learn how to access resources offered by WiSys and other campus organizations designed to support technology development and entrepreneurial activity.

Behringer encourages other students to find something they’re passionate about, ask questions and explore new ideas. “I think anyone can do this if they put their mind to it,” he said. “You just think of something and pursue it.”

WiSys is a nonprofit organization that works with faculty, staff, students, and alumni of the UW System to facilitate cutting-edge research programs, develop and commercialize discoveries and foster a spirit of innovative and entrepreneurial thinking across the state.